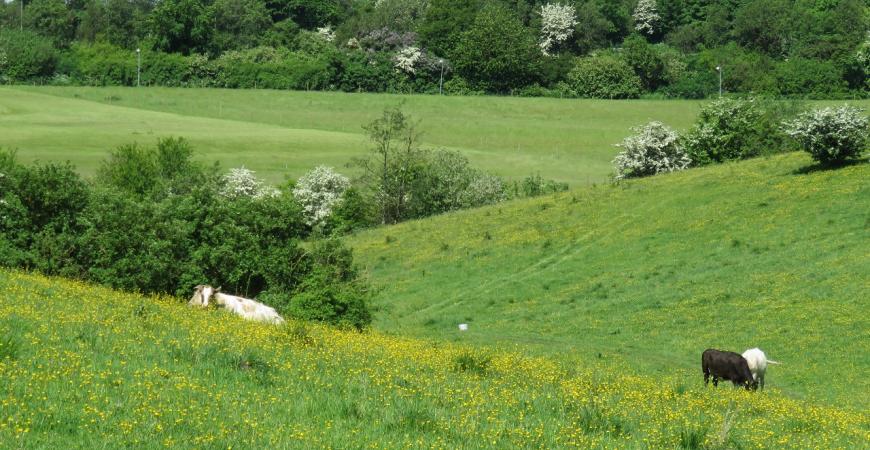 The green area between Madsby Activity Park, Fredericia Sports Centre and the Historical Miniature Town was formed during the last Ice Age and is mostly comprised of moraine hillside. Traces of stone age settlements have been found in the area.

Over the years, the hillside has been used as a grazing area for local farms. It was suggested as early as the 1930s that the area should be used as a recreational green area. These plans did not begin to come to fruition until the 1960s, however, when Fredericia Hallerne were also built (what is now Fredericia Sports Centre). When a local football club was founded in 1974, alongside the foundation of Madsby Activity Park and the Historical Miniature Town in 1983, all the bricks fell into place for the development of the green area of Madsby Park.

Nowadays, the area as characterised as pasture. This is now a rare type of landscape, with open grassland and meadow and no large trees. Meadows of this type were used as grazing areas for various types of domestic livestock, for thousands of years. Goats, sheep and horses graze differently and do not eat quite the same types of vegetation. We use this variation to this day to maintain the area as pasture.

A major portion of the area is protected under Danish law, which means that Madsby Park is legally required to maintain the area as pasture. This is why our livestock roams the area and helps to ensure the natural selection of flora and insect life, just as it did in the olden days, without the use of synthetic pest and weed control agents.